Progressive music titans Dream Theater have released their newest album "Distance Over Time". Available for worldwide release, it is the 14th studio album for the two-time Grammy nominated band and their first release for their new label InsideOutMusic/Sony Music. The album features fresh creative contributions from the entire band and finds them at their most dynamic, direct and definitive best.

We had a chance to catch up with keyboard virtuoso Jordan Rudess regarding his use of Ivory II on the album. Jordan had this to say: "All the piano parts on the new Dream Theater album are recorded with Ivory. Whether I need a sensitive classical sound or an aggressive rock piano, it’s all there. The instrument plays beautifully and the sound quality is stunning. Best of all- my band and engineers smile with satisfaction whenever I play Ivory! "

Hear Jordan put Ivory through its paces on the new track "Paralyzed" from Distance Over Time:

The latest addition to Dream Theater's impressive catalog is available for order in various configurations at https://dream-theater.lnk.to/DistanceOverTime

Dream Theater is also planning to hit the road in support of the new album. The Distance Over Time Tour of North American will kick off on March 20,2019 in San Diego, CA. The tour will run for seven weeks before wrapping up in Mexico City on May 4, 2019. European summer festival dates have also been announced for 2019.

Information for all upcoming shows as well as VIP packages can be found at www.dreamtheater.net 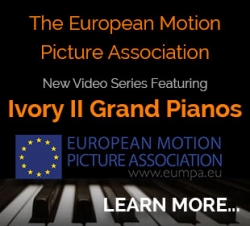