There are few artists who are as sought after as Michael Bearden. Then again, few artists can lay claim to the kind of credentials that he has compiled. Michael's career has been a perpetual journey through the upper echelon of the entertainment industry. His star-studded achievements as musical director, producer, composer/arranger, and keyboardist to the biggest names in the business have played themselves out on the biggest stages. Along the way, he has continually distinguished himself through his professionalism, developed a reputation of excellence, and earned the admiration and respect of the industry's biggest icons. 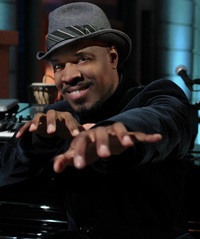 Michael is currently the Musical Director and band leader for "Lopez Tonight", the new nightly talk-show of comedian George Lopez on TBS. It's a role he is quite accustomed to, having maintained the position of principle keyboardist in two "Cosby" television show bands, as well as being the first call substitute for Paul Shaffer on "Late Night with David Letterman" on many occasions. As if these stages weren't big enough, Michael was also the principal keyboardist for President Barack Obama's historic, and star-studded, inaugural concert at the Lincoln Memorial.

Yet this is just for openers, for Michael Bearden has served as Musical Director for the world's most popular artists, including 9 years as Madonna's Musical Director. He also served as Musical Director for the late Michael Jackson's "This Is It" tour. His diverse and formidable skills have also been used by stars such as Brandy, Christina Aguilera, Jennifer Lopez, Destiny's Child, Mary J. Blige, D'Angelo, Usher, Brian McKnight, Whitney Houston, Babyface, Lionel Richie, Chaka Kahn, Lenny Kravitz, Anita Baker, Rod Stewart and George Benson. He has worked with industry icons such as Stevie Wonder, Aretha Franklin, Ray Charles, Liza Minelli, and Dizzy Gillespie... and this is just a partial list! 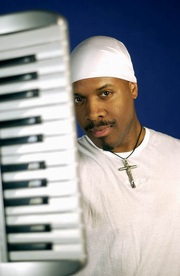 Michael is also an accomplished composer, creating feature film scores including the Spike Lee produced "Drop Squad" (featuring Eriq Lasalle and Ving Rhames), the indie films "The Visit" and "Constellation" by director Jordan Walker Pearlman, and "The Arrangement" by filmmaker H.H. Cooper, "One Week" for director Carl Seaton, and "Redrum" for director Kenny Young. He has also scored several documentaries including "America The Beautiful" and "American Blackout", and television shows such as ABC's "Swingtown", CW's "The Game," and HBO's "Brave New Voices", and he has performed on the soundtracks to box office hits such as "The Body Guard," "Shaft 2," and "Four Brothers."

In addition, Michael has recently launched a new record label, TOMiC Recordings, the aim of which is total free expression of the art, and the artists right to prosper from their work. In Michael's own words: "Too often the record company is the only entity that makes money while drying up the artists inspiration by dictating how they should express themselves. At TOMiC Recordings we want to bring more control of the artist expression back to the artists".

Bearden sees his label as further breaking down the old barriers and ways of delivering recorded art to the consumer. The plan is to offer 'category free' music, as their philosophy does not believe in labeling art. Rather TOMiC Recordings wants to release quality artistic expression in a variety of musical forms, while still being commercially viable and pushing the boundaries of what is considered popular. "We feature popular music in terms of being loved by the masses, though not necessarily disposable, trendy music of the time." said Bearden. It's a welcome change, and a bold and creative vision from an artist who's experience spans the entire spectrum of the music and entertainment industries.

One final note, be sure to check out Michael's new monthly column beginning in the March 2011 issue of Keyboard Magazine. Keyboard Magazine's announcement and more information can be found here.